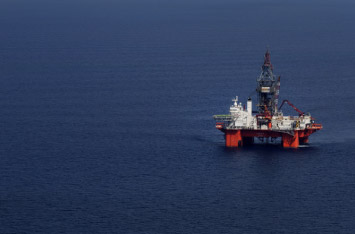 BP PLC made an oil discovery at its Gila prospect in 4,900 ft of water on Keathley Canyon Block 93 about 300 miles southwest of New Orleans in the Gulf of Mexico. The deepwater find is the major's latest in the Paleogene trend and lies in a deepwater area where the company has been concentrating its exploration drilling efforts. Last month BP reported it now has a record nine rigs in the region (OGJ Online, Nov. 19, 2013).

The Gila discovery, which BP co-owns with ConocoPhillips, is the company's third in recent years in the emerging Paleogene trend. Past discoveries in this trend include Kaskida in 2006 and Tiber in 2009 (OGJ Online, Aug. 31, 2006; Sept. 2, 2009).

The well, which penetrated multiple Paleogene-aged reservoir sands, was drilled to a total depth of 29,221 ft. Appraisal drilling, including completion of drilling through the Paleocene section, will be required to determine the size and potential commerciality of the discovery, BP said.

"The Gila discovery is a further sign that momentum is returning to BP's drilling operations and well execution in the Gulf of Mexico," said Richard Morrison, regional president of BP's Gulf of Mexico business.

Mike Daly, BP's global head of exploration, said, "Gila continues our successful drill out of the prolific Paleogene play system in the deepwater Gulf of Mexico. Subject to successful appraisal, Gila, Tiber, and Kaskida together offer the potential for significant future oil developments in the Keathley Canyon area."

BP owns a majority interest in the Gila discovery, which lies 25 miles west of Tiber, also in the Keathley Canyon area. The lease for Keathley Canyon Block 93 was acquired in the western gulf Lease Sale 187 in 2003 (OGJ Online, Aug. 20, 2003).