The 1'030 .000 barrels projected by industry involve the lowest growth in the last 6 years. 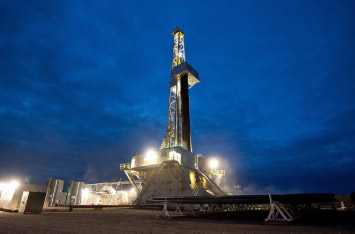 The slowdown experienced in recent months the exploration and production in the oil industry, because of the blockades and attacks on transportation infrastructure, led the union sector to moderate their expectations of increased production for next year.

According to estimates Colombian Oil Association, 2014 provides that the level of oil output should reach 1'030 .000 barrels per day, a figure that compared to 1'007 .000 barrels that close year represent an increase of only 2.3 percent per year, slightly above the projected inflation for the end of this year .

Apart from that the figure would remain below the target set by the Government for this year, which was 1'040 .000 barrels daily average this year, according to statistics from the National Hydrocarbons Agency (ANH), the 2014 would be the lower growth in production in the last six years.

In any case, the projected increase in production are far from the levels achieved double-digit growth in 2009, 2010 and 2011, when the volume of oil output rose by 14 percent, 17.1 percent and 16 5 percent, respectively .

Despite the decline in the production rate, the president of the ACP, Alejandro Martinez, said that international oil prices, the royalties generated by the industry next year to reach 10 billion pesos, an increase of 21 percent compared to the end of this year.

Maintain exploration plan
Although in 2013 the oil sector will not meet the goal of 188 exploratory wells ( close to 115 ), PCA projects the programming of wells in the next year, with a goal of 209 exploratory drilling will continue.
Meanwhile, for the next year is estimated that oil carried 30,000 kilometers of seismic potential for establishing new areas, of which 17,000 km will be on land and 13,000 miles at sea. To achieve the estimated production, the union estimates that will open between 900 and 1,000 development wells.

This week, Minhacienda present the financial plan update in 2014 and established by changing the expected range of production.