Texas leads the boom in U.S. oil (The government must decide how to use it while not neglecting his promises of environmental protection) 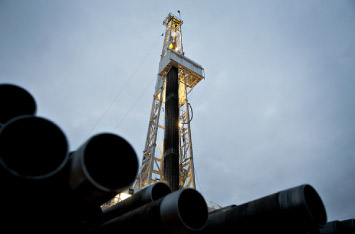 The oil industry in the U.S. is breaking records that have attracted efforts to lift the ban on oil exports. The growth is fueled by new extraction techniques in areas such as Texas, where the cost is still uncertain, low environmental prism.

For those who think the United States and that big giant North idly Thirsty black and gold, commodity analysts recommend glasses or at least a visit to North Dakota or Texas.

This is where the country is focusing its increased production capacity. According to the Energy Information Administration (EIA ), the United States will produce 9.3 million barrels per day in 2015, its highest level since 1972. The International Energy Agency has gone further in their forecasts and estimated that the country could become the largest producer of oil in the world, surpassing Saudi Arabia and Russia.

The Institute for Energy Research (IER ) shows that oil occupies 36% of the energy demand in the U.S., with 70 % for transportation, 24% to industry, 5% in commercial and residential sectors and less 1% in overall power.

In 2013, about 40 % of the oil consumed by the U.S. was imported, the lowest level since 1991. The top five countries that supply oil are Canada, Mexico, Saudi Arabia, Venezuela and Russia.

"America has always figured prominently in oil producers worldwide place . Texas is a leader in the revival of the exploitation of oil and gas in the nation, said Robert Bradley, founder of the Institute for Energy Research in Houston.

In Texas, the area known as the Permian Basin has experienced a new start since 2008, significantly increasing production. The State reported 2.7 million barrels per day in September, the highest since January 1981, according to EIA.

Delivered by the University of Texas at San Antonio in 2013 estimates indicated that the extraction areas in the Eagle Ford deposits and Cline exceed one million barrels respectively in 2014. This implies an increase of 350,000 barrels. Texas is now among the 15 largest producers of oil in the world.

The results of this expansion did not result only in barrels. A study by the Association of owners and independent producers of Texas , conducted in 2013 , showed that the oil and gas industry employed 379,800 people, including 34,600 new jobs in the first half of 2012.

Behind the growth in production
Behind the oil boom in Texas , there are two key methods : fracking or fracturing and horizontal drilling rock , rather than vertically. The concept of background is that boreholes are drilled to great depths and then try to break up the oil content in the rock , through chemicals.

While the oil industry has for years exalted the use of these technologies, environmental groups have strongly opposed its expansion.

Drilling for oil is growing very rapidly without the necessary regulations. We do not know the impact of water pollution may be causing. We have many questions about this, the potential for great harm to the environment, said Adriana Quintero , attorney for the National Resources Defense Council ( NRDC) .

What we are asking is that the government imparts federal rules for companies to disclose full information on the chemicals they use. The response of the Obama administration has been poor in this regard, he added. So far this has been handled through legislation at the state level, where there is a large gap between states.

A recent study published in the Journal of the Society for Endocrinology said the " rapid increase in natural gas extraction using techniques such as fracturing of the rock increases the potential for contamination of groundwater and subsoil, due to the chemicals used in the process.

The work conducted by researchers Christopher D. Kassotis , Donald E. Tillitt , J. Wade Davis, Annette M. Hormann and Susan C. Nagel went further and said that more than 750 chemicals and components are potentially used in the extraction process, including more than 100 that disruptive to the endocrine system, which regulates hormones in the human body are suspected.

The researchers collected water samples and 89% of them reported " estrogenic activity " is affecting the production of estrogen , a major sex hormones. Asked by El Pais , Nagel said that " many of the chemicals used to extract gas are the same as those used for oil ," so you can expect similar results.

A recent investigation by the Associated Press showed that in the last four years in areas such as Texas have received 2,000 complaints about contamination of water wells and 62 of them are directly associated to a possible injury caused by activity from oil and gas . Texas regulators have not confirmed any cases.

The oil industry in general has defended the criticism . Asked by COUNTRY regarding complaints of environmental activists and NGOs, Chevron spokesman Kent Robertson did not grant an interview but responded via email and said " give the company supports public access to related information the chemicals used in hydraulic drilling ".

Public confidence in our operations is essential to our success . Transparency and commitment are key elements to maintain and strengthen that trust. In all our operations, will seek to engage with the communities in which we live and operate, he said .

We hope that the Environmental Protection Agency (EPA ) to do more in terms of new regulations on hydraulic fracturing this year, but to achieve results we need the support of the public," Quintero said.

Oil Exporter ? ?
Optimism about the increase in production has reached such a level that U.S. lawmakers revived the debate this year to remove the ban on oil exports.

Republican Sen. Lisa Murkowski of Alaska called on the government and Congress to ease restrictions. "We need to act before the ban and believes problems affecting American jobs 2", he said .

Congress imposed this policy in the 70s. The idea was to keep as much oil in the domestic market. There are two laws in force in this area, the first is the law of conservation of energy and the 1975 Export Administration Act of 1979.

Oil companies like Exxon Mobil have made a similar call to Senator groups, to give more freedom to the oil market. The company has even gone further and has predicted that by 2040 65% of oil reserves worldwide have not been exploited.

"Legalizing exports will implement strategies to reduce costs and integrate the economy and oil available , which will be positive for consumers worldwide", said Bradley.

The chairman of the Committee on Energy and Natural Resources of the Senate, Oregon Democrat Ron Wyden , hold a hearing where the topic is discussed in the first quarter of this year.

According to Blake Clayton, an energy analyst at the Council on Foreign Relations, with " few domestic buyers, producers are forced to choose between leaving the oil in the ground or out at low prices. This slows the additional oil production in the United States".

We have to see the export ban from the point of view of the American consumer. U.S. oil price is $ 94, while the world price is $ 107. Lifting the ban on exports of crude oil would cause major oil exporting oil to the world price and the price in the U.S. resemble said the legislator.

I do not think we should increase U.S. oil prices by 10 % in order of quilting profits of big oil . There are also those who lament the lack of U.S. refining capacity to handle the increased production of domestic crude oil, he added .

The senator recalled the closing of the Port Reading refinery last year and the Eagle Point refinery in 2010 in his state, which cost 570 jobs.

United States currently has 139 operating refineries , seven fewer than in 2008, according to EIA data . This translates to 17,823,659 barrels per day.

The decrease in the number and capacity of refineries has increased in recent years. The reasons are varied and complex naturE, but what is clear is that this is another essential for the future of the oil industry debate.

Currently the price of gasoline in the U.S. is skirting the $ 3.2 3.7 liters . Well below the nearly $ 4 up occurred in May 2011. The ups and downs in this single number are enough to move the American public and that has an invaluable weight politically.